7 Black Innovators You Should Learn From

The current Black Lives Matter movement and protests in America and indeed across the world have impacted so many people, and spurred reflections on what is and what is not okay in today's modern world. It has given everyone a chance to not only educate themselves on racism, but to reflect on one's own position in the matrix, whatever the colour of your skin, and to standup for what is right.

It felt important given this global context, and our particular focus on empowered communication, to look at Black thought leaders who have pushed through each barrier they have experienced, to build incredible and influential lives.  All the people we have chosen to shine a spotlight on, are powerful people and amazing communicators, who have used their voices to stand for change in whatever arena.

Take a moment to read up on these seven Black men and women who have inspired, motivated and shown exceptional success in their industry. Whether it’s owners of small businesses, creators of podcasts, scientists, we share with you seven people that you should know about. 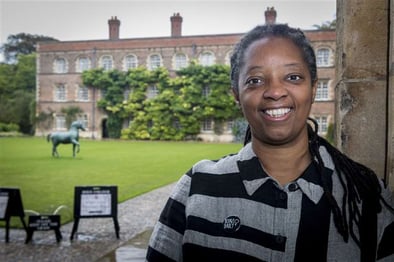 Sonita Allyene is the first Black woman to be appointed as the Dean of a college across Oxbridge Universities. She was elected as the next master of Jesus College, Cambridge, 30 years after she initially studied there herself.  Sonita studied Philosophy at Fitzwilliam College, Cambridge and went on to have a successful career in radio as well as being the founder of a production company, Somethin' Else. As a former BBC Trustee, Sonita's career has always been focused on empowering and educating others. We love that she goes above and beyond to champion education as a life changing tool, from early-age readers to Higher Education.

Sonita is a great at Public speaking and a delight to listen to - refreshingly honest, open, positive and articulate. She talks about the importance of agency and how feeling like she had the power to influence the world around her was a crucial element in her life and the successes she has had.

' I think I've got a really exciting job. It's about being a forward thinker, not worrying, but finding the solutions to things.' 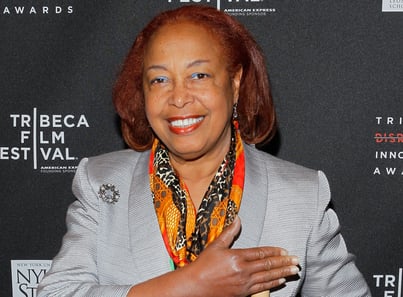 Patricia Bath was the first female ophthalmologist to be appointed to the University of California and her contributions to science were pivotal to the beginning of medical technology that exists today. In 1977 Bath was a core founder in the American Institute for the Prevention of Blindness. Her further research into cataracts and new method of cataract removal, changed the way in which medical professionals worldwide carried out the procedure, and the device is still used today globally.

Patricia was a warm and sharp communicator, her big smile and expressive gestures gave her a buoyant and infectious energy, while her clear and grounded voice suggests a sharp mind and nimble intelligence. 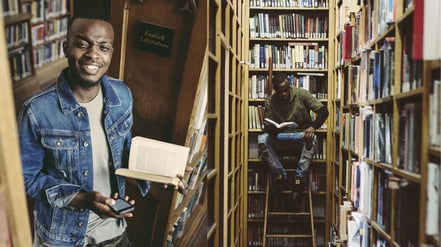 George Mpanga is a British-Spoken word artist and poet who has used his voice to encourage and empower people to become more involved with social and political issues. Creator of the critically acclaimed podcast 'Have you Heard George's Podcast', he focuses on real-world issues whilst using poetry and music to portray his messages in a way that inspires young people to get involved and use creative outlets to in order to express their opinions. He has been very vocal in the Blacks Lives Matter movement and his appearances on Newsnight and Question Time are great examples of how to be inspiring and engaging when communicating to others.

'I got into this game to make Social Progress.'

Listen to the podcast 'Have you Heard George's Podcast'  here. 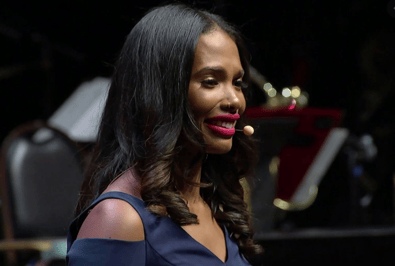 Melissa Butler is a businesswoman and entrepreneur who set out to make a beauty brand that was vegan and cruelty free, as well as trying to alter people's perception on how they perceive beauty products. Her business ‘The Lip Bar’ was founded after she felt frustrated with the industry for not creating the kind of products that she wanted to use. Since that moment she has been empowering people who see a gap in the market to launch their own businesses, as chances are if you want to see it, so do other people!

Melissa's Ted Talk is sincere and moving. As she get's into her subject her passion takes hold, grounding her voice and giving her impact and gravitas. She becomes persuasive and compelling to watch. It just shows, when we speak and act from the heart on something that truly matters to us, we can make a real impact.

Listen to Melissa talk about building her business on The Secret Sauce to Success podcast here. 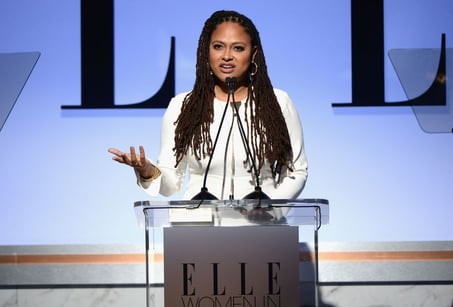 DuVernay is an American filmmaker and director who has worked tirelessly to bring attention to racial injustice and police brutality in the United States through her groundbreaking work in film and TV. Her works include Selma, 13th and When They See Us, which all strongly depict the injustices that Black men face under the criminal justice system in America. Using real-life events to inspire her work, Ava creates heart-wrenching hard hitting stories that educate people on these injustices, and uses the medium of entertainment to communicate this to others.

Ava has a voice like warm butter and is an incredibly charismatic communicator. Passionate and alive, she is a joy to listen to and watch, using lots of eye contact, facial expression, smiles and gestures to support and share her energetic insights.

'I'm not going to continue knocking that old door that doesn't open for me. I'm going to create my own door and walk through that.'

Watch When They See Us here and 13th here both streaming on Netflix now.

Listen to Ava on the Women and Hollywood podcast here. 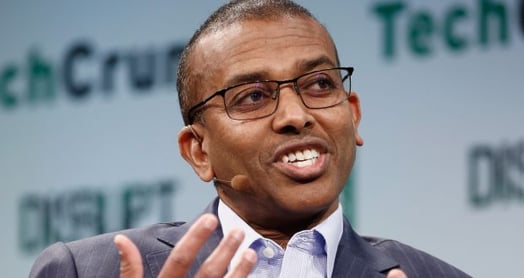 An extremely successful businessman and entrepreneur, Ismail Ahmed is the founder and chairman of WorldRemit, a company that specialises in sending money across the world digitally. The company has been named one of the fastest growing technologies in the UK, and done so with core principles at the centre of his business, focused on making money transfer safe and accessible.

'Committed attitude is the main ingredient of a Successful Life'

Having only launched the company in 2010, in just 10 years Ahmed has been gone on to be named one of the most successful entrepreneurs in the UK, and is a great example of how good leadership and good communication can lead to a successful business. His journey of leaving Somaliland to being one of of the most influential businessmen in Britain is truly inspiring - and you can listen to his full story below:

Ismail comes across as charming, warm and intelligent. He is a humble man and clearly has had experiences and has insights that are truly inspiring for others. That said there is room for improvement in his communication, clarity and working with the camera and some room for a bit of what they call 'spice' in now he shares his journey and his brilliance. 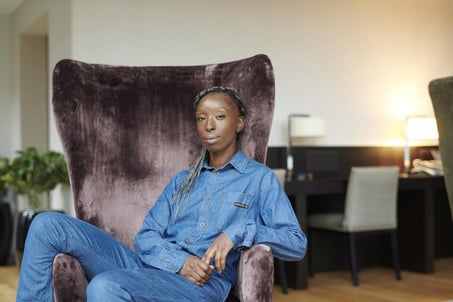 Eunice Olumide is an international broadcaster, curator and model. Her work in philanthropy and the arts earned her an MBE in 2017, and her widespread fashion campaigns with brands such as New York Magazine, Vogue and Mulberry have given her an enormous platform, for which she uses to promote her charity work for The Children’s Hospice Scotland, where she was originally born. Now branching out into environmental activism, Olumide is an ambassador for  Zero Waste Plastic Scotland. Her work as not only a model but as an active philanthropist has inspired others with large social media followings to use their platforms for good, and encouraged others to have an entrepreneurial mindset in creating a brand for themselves.

Eunice is a powerfully articulate communicator. She expresses complex and challenging ideas with a clarity and eloquence which capture attention and more than that, stirs the heart. A truly talented communicator.

Listen to Eunice talk on 'The Sista Collective Podcast' here

Over the last few weeks, we have been thinking about what we can do as a company to raise up and champion the next generation of truly diverse thought-leaders. We are proud to be soon launching our Bursary Scheme for Black and Minority Ethnic young professionals who are financially unable to invest in their personal development.

From Summer 2020, we will be offering three 10-week courses each quarter, following an application process. If you, or someone you know, is interested in the Bursary Scheme, then please keep an eye on our website and social media for further updates or pop us a quick email to register your interest to office@londonspeechworkshop.com.