Have you ever been speaking to someone with a different accent, and found yourself changing the way you speak to sound more like them?

It might be just little touches, so you realise you’re using the odd word like “sketchy” or “cell phone” when talking to an American. Or you may actually start changing your accent as well, so you acquire an Irish lilt to your accent when you’re speaking to an Irish person…

Situations like these, where we unconsciously try to connect with someone by adopting similar speech patterns have been called examples of “convergence” in speech. This idea was developed by Howard Giles in the 1970s, to show some of the psychological dynamics of communication. If we try to accommodate someone (the technical term for matching your speech to theirs) that says something about how we want to relate to them, and whether we want to minimise differences and foster a sense of unity between them and us or not.

Accommodation can often feel natural and unproblematic, and can help the conversation flow better. There’s clear ways in which converging with others in speech can increase the “effectiveness” of that communication—as it fosters mutual understanding between speaker and listener. No surprise then that it’s deeply ingrained in the human psyche—studies have emerged show that even at the age of six, children will converge in their speech in intercultural settings, and that this understanding of social norms around language will deepen through childhood and adolescence.

However, if we’re too blatant in how we change our speech, it can make us feel embarrassed, especially if we suspect our mimicking is picked up by the other person. We worry that if the other person realised what we were doing, it would seem like we were mocking or patronising them, even if that was not our intention.

This is what’s referred to as “over-accommodation”—where we intend to relate better to someone, but actually worry that we’ve humiliated them (and ourselves) as it can seem like we are mocking or belittling an important part of their identity. We can see the same kind of thing with relationships between older and younger generations – what one side thinks is necessary to care for an elderly relative, i.e. speaking slowly, loudly and clearly, can be interpreted as patronising by the other side.

So, how is this useful?

First of all, it’s nice to know that changing your accent in social situations isn’t just you being weird, or overly eager, it’s part of a human drive to connect with others and be accepted within a given group. It also points to the centrality of communication to how we create identities in given groups, and the importance of getting it right—faintly mimicking an accent may help conversation flow, but take it too far and you’ll risk alienating your listeners. 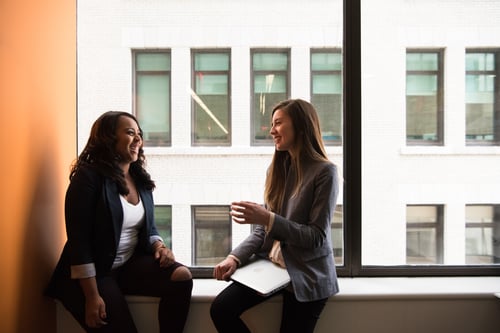 You can also use try to use it to your advantage—listening in on how much the other person is copying your accent, but also all their verbal and non-verbal communication, which can give you an idea as to whether they’re seeking your approval, or on the contrary trying to distinguish themselves from you.

Finally, play around—if you think someone is mimicking your speech, subtly change the way you speak and see if they follow suit. Speech accommodation and elocution is something to have fun with, but perhaps only with friends who you won’t risk offending!

For more communication gems, sign up to our monthly newsletter here.