Vowels have a greater impact on accents than we think.

When looking into accent softening, it is at first important to understand that it's no mean feat!

The sounds you use to create your words and speech are hardwired into your brain. So when you speak, usually you're thinking about what you're saying, or trying to find the correct words to express yourself articulately - not about the sounds you are going to use to formulate the words!

When you decide you would like to soften your accent, you are embarking upon a kind of journey - that of putting new sounds into your head to make up old words. And in order to use them, you now have to think before you speak, probably in a very different way from how you are used to!

At London Speech Workshop, we offer a course in Accent Softening using The Serlin Method™, which uses uses the best tools for each individual client based on their needs and goals.

What affects how we say vowels? 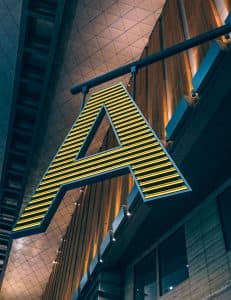 This is the first component to getting vowels accurate. Each vowel sound requires a very specific physiological position. So if you are used to making a sound in your language, which is close, but not exactly the same as the English sound, then you will be likely to use it instead of the accurate sound.

Often these vowel sounds fall in between two of our English sounds, and this leads to confusion and misunderstanding. How annoying! If only all languages shared the same vowel systems, it would make life a whole lot easier!

Vowels also contain the emotion of the word

As we mentioned, the vowels can be thought to be the building blocks of words. They contain the energy or the emotion of the word, as in a sense they come straight from the gut. Say 'ahhh', and now, say 'oooh' - can you see what I mean? Even on their own they express human emotions!

All of them are expressed with an open mouth, the tongue and lips and jaw in a specific position. The consonants then, can be think of containing them in a sense, as all the consonants (apart from H) are made with contact somewhere in the mouth. So vowels are open sounds, and consonants make contact.

Once you think of the vowels as containing the emotion of the word, you can begin to understand where actors get their power from, or how politicians use rhetoric and language to provoke emotion. Listen to Kenneth Brannagh doing a Shakespeare speech for example, his drawn out vowels are used specifically to create emotion in the listener. We love this example of him as Richard V. 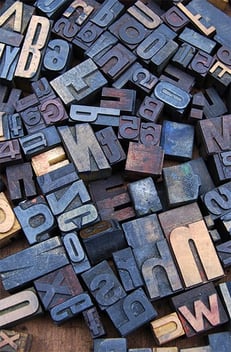 This is the second component of vowels, which this brings us to another important feature. In Received Pronunciation (which is the official terminology for neutral English, or Queen's English) we have 12 main vowel sounds, and these are divided into two groups, long vowels and short vowels.

The long vowels must be made long enough, or else can easily get mixed up with their shorter neighbours. Take the sound 'ahhh' for example, is a long vowel sound. Its short neighbour, is 'uh' (as in hut). To make both these sounds, the jaw is dropped, and there is no smile, no width to the mouth.

The 'ahhh' is the sound you make if you go to the doctors and he wants to see your tongue. Try it in front of the mirror - you should be able to see your tongue! The 'uh' sound is the same position, just that it is shorter so the jaw doesn't actually need to drop quite as much.

Make the two together: 'ahhh', 'uh', 'ahhh', 'uh'. This should involve almost exactly the same position for both, and a nice open mouth, and flat tongue.

Good. Now let's try it with words. Try saying the following pairs of words a few times while bearing in mind the above.

If you make it too short, the word feels empty. Hear the difference between the word hut and heart. Say heart with its full length, and it sounds beautiful and has the potential for poetry, "My heart is bursting". Get it too short, and you've got a rather unromantic statement: "my hut is bursting".

The spelling is the third component to getting vowels accurate. As you might have noticed from the above examples, there's all kinds of spellings for sounds. This is important, and often comes as a shock for the new student looking to change their accent. But the spellings are not so helpful.In the word HEART the letters E, A, R spells the sound 'ahh'. In the words CALF, and CALM, the 'ahh' sound is spelt with A, L. Similarly the 'uh' sound is spelt sometimes with the letter U and other times with the letter O.

A little confusing, but each sound does have a limited number of possible spellings. This can be helpful, but what the new student learns quite quickly, is that while spellings can act as a little bit of a guide, their ear, and listening skills are their new best friend.

Vowels create the melody of English 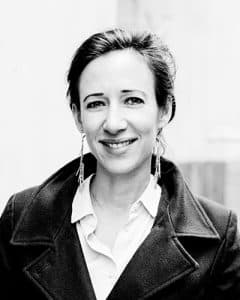 In this article we hope to have shown you that the melody of English comes in great part from the vowel sounds, and that getting the vowel sounds accurate, is not a dry process, but rather exciting!

Reducing your accent can be a daunting process, but it can also be a key to unlock the subtleties and flavour of spoken English.

London Speech Workshop can help. Our Accent Softening classes use The Serlin Method™ and get fantastic reviews - just check out our testimonials page to see what other people have been saying.

Vowels are only one component of changing your accent - there are two others. Consonants, are the second factor. And rhythm, stress and intonation in words and sentences are the third. So watch this space to learn more about the two other components!