Like many of us, I have been enthralled by the unfolding events of the American elections, and of course, as the director of London Speech Workshop, I can’t help but take a communication perspective. When I have read the sensationalist headlines about Trump, from his abusive attitude to women to his across the board racism, I like many, have felt reviled and appalled, how has this man got a shot at being the most important political figure in the world?!

And yet he is, despite his continuous blunders, very much in the running. The extent to which he has been able to convince up to 50% of voters that he will do a better job than Hilary Clinton is of course, down to communication. 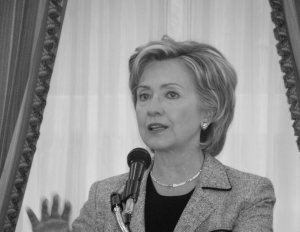 So I have watched them both with interest. She seems sensible, stiff, sometimes a little smug, very clever, but with so much going on in her mind it feels like there is a mask up, a thin veil between what she is thinking and what she is saying, so you never really know where her passions lie. Instead there is a slightly unsettling sensation she is judging, crafting, checking and to some extent manipulating the words before they come out of her mouth.

Meanwhile Trump speaks in shorter, simpler sentences. He speaks slowly, often using fairly basic (and quite dramatic) concepts. The fact is, it’s easy to understand him. In filmic terms he is Hollywood while she is a a foreign language drama. With Hilary you have to concentrate more, while he serves up fast food for the brain. Not only this, but he doesn’t have the same filters that she does, meaning that there is a sense of energy and vitality in his speech which Hilary is missing. More importantly, and I have had several dinner party debates over this, he comes across, in some crazy way, as authentic.

In my view it is this sense of his authenticity; that he is real, makes mistakes, passionate and cares, that has convinced tens of thousands of people that in spite of all the evidence stacked against him he is the man to run the country.

Here are the six tips I would give Hilary in order to boost her credit as a communicator:

1. Have your brain in service of your heart

I would work with her to access her feelings more, and use those feelings to guide her when responding in debates, so her brain is more in service of her heart.

I would get her to listen and respond to her audience more. Eye contact is not enough, she needs to really see people, and deliver her ideas to them. In the first presidential campaign, you would notice her eyes darted about whilst speaking, while Trump’s were steady, looking in one place and then another.

3. Breath before you speak

I would encourage her to take a breath, to think before she speaks, so she answers questions more directly, and to take an initial moment to formulate an argument  that is more simple, more about the heart. That approach worked for Barak Obama, and could work for her.

She leaps to the macro in her arguments, but they are big ideas, that ordinary people struggle to connect to. I would ask her to get to the micro, why does this matter? Why does it matter to her, to an American person generally, and to use simple ideas and phrases to express that. Not to then hide her ideas in long sentences and multi syllabled words. To make it personal.

I would encourage her to smile genuine smiles, to understand that a non genuine smiles can do more harm than good, and to let her feelings light up her face a little more.

6. Build a connection with your audience

Finally I would show her how to build connections with her audience, through the use of intonation, eye contact and pauses and body language, so that they feel they can access her and that she is really talking, and really cares about them.