First celebrated over a hundred years ago, it is a day to celebrate women’s achievements and challenge inequality to help create a gender equal world.

At London Speech Workshop, we are passionate about communication and empowering people to find and claim their voices and share their messages in an inspiring way.

Today, on International Women’s Day, we want to celebrate some of the heroic women who have fought against the odds to make themselves heard, stood up for what they believed, and made others listen and react. 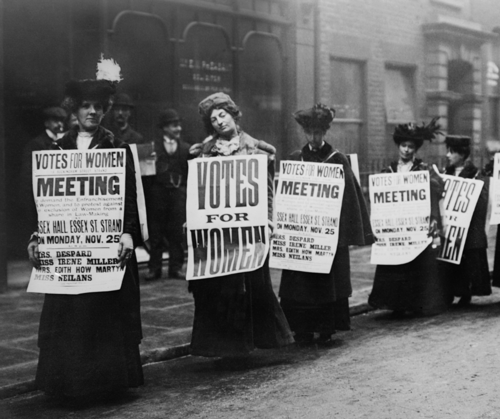 Emmeline Pankhurst was born into a large and wealthy family, as the eldest daughter of ten children. She would read the newspaper to her father over breakfast each day, which lead to her developing an interest in politics. Emmeline recalled overhearing her father saying, “What a pity she wasn't born a lad.” The comment stayed with her, along with the struggle to understand why men saw themselves as superior to women, and why women accepted the situation.

Emmeline was sent to a finishing school in Paris. But on her return, instead of taking the expected path as an elegant ‘finished’ young woman running an efficient household, she married committed socialist Richard Pankhurst and devoted her life to fighting for women’s equality. It was the beginning of the suffragettes movement, and the family home became a centre for gatherings of socialists and suffragists.

The suffragettes grabbed the attention of the public and the media, storming parliament, heckling politicians and chaining themselves to railings. They faced anger and ridicule in newspapers, along with physical and sexual assault in confrontations with the police.

Like many suffragettes, Emmeline was arrested on numerous occasions, and was imprisoned for throwing stones at the prime minister’s residence.

The efforts of the suffragettes did however pay off, firstly allowing women over the age of 30 to vote in 1918. It was not until 1928, and a few weeks after Emmeline Pankhurst’s death, that women could vote at age 21 – the same age as men! 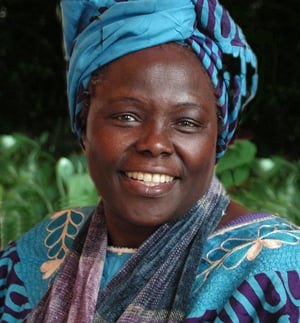 Wangari Maathai was a Kenyan environmentalist and human rights activist who was committed to conservation and democracy. Her work was often criticised in her own country; she was outspoken and challenged authority, stepping far outside the traditional gender roles.

Wangari fought many battles, both personal and political. She organised protests against former President Daniel arap Moi, and during one protest she was beaten unconscious by state police. She remained undaunted however and under the next president, Mwai Kibaki, she was elected as the Assistant Minister for Environment.

Her husband divorced her, saying she was “too strong-minded for a woman”. She challenged the judge in court, calling him “incompetent and corrupt”. The remarks landed her in jail for six months.

Despite the challenges she faced, Wangari Maathai formed the Green Belt Movement, which brought together Kenyan women to plant more than 30 million trees. She saw a connection between the destruction of the environment, poverty and conflict, and fought for her belief that caring for the environment would result in a reduction in poverty. Ultimately, her work was widely recognised, and she became the first African woman to win a Nobel Peace Prize.

These are just two examples of women we can celebrate, but there are thousands more women throughout history and in the current day, who have claimed their voice - allowing us to progress to where we are today.

Being able to express ourselves is essential, whether that is as a political leader or simply when communicating key points in a meeting with colleagues.

If you find that sometimes you’re not heard in the way you’d like to be, here are some tools and tips to help you to find and use your voice.

Why does your voice need to be heard? The more you know about why it matters, the more strength and conviction you will have behind your argument. Find the thing that is worth claiming your voice for. It might be your passion, a principle or a sense of injustice. Having an innate belief and drive for your cause is a great place to start when communicating it to others.

Consider your own ideals; what makes you tick? What principles do you hold that are central to your life? Whether you value nature, kindness or adventure, understand this and allow these intrinsic values to infuse your communication to connect with and inspire others. Be prepared with your ideas and believe in your ‘why’ – the reason you are here to say your piece, and the drive behind what you are saying.

Tune into who you are speaking to – what are their values? Find a connection; something that will make your audience engage with what you are saying to create maximum impact. What is your angle, the one that will meet the needs of the audience?

Consider how you use not only your voice, but your body, face and eyes too. You need to deliver your ideas all the way from inside your head and into to the minds of your audience. Use your energy to get your message to its destination.

We hope that's helpful for you.

If you would like more help and tips to find your voice and to feel more confident when speaking why not, Book a discovery call with our team today to find out how we can help.

For more tips on how to get your message across...

Download our free eBook and learn how to find your voice and be heard at work.