What Leaders Can Learn From Donald Trump's Communication Skills

Like it or lump it Donald Trump can teach us a thing or two about leadership. A businessman from New Jersey, Trump has elevated himself to the highest political office in his country. Divisive as he is, there are things we can learn from his communication strategy. 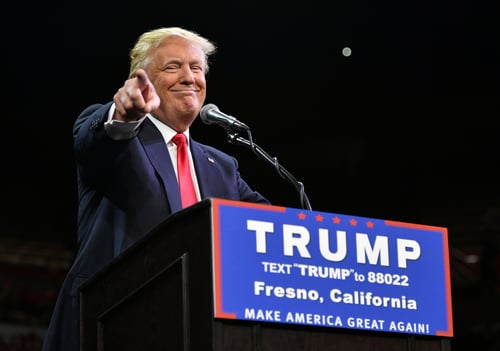 Donald Trump is compelling. He has rallied thousands of new U.S. voters through his live public speaking events. Through television and travel, he holds an international stage and is enlivening political debate all over the world. What is he doing to earn such a platform?

He has tonnes of energy, and it all radiates outwards into his audience. His stance is confident, his posture open. He gestures directly to the crowd, holding his arms away from his own body, not clenching or hiding his hands. He often steeples his fingers; keeping fingers firm and held together shows that there's energy right to the tips, and solid hands give an impression of strength and determination. His eyes cast out, not down. All this builds momentum with the crowd, the energy growing without much effort. It displays confidence and vibrancy, whereas casting one’s physicality downwards leads energy to slump and dissipate quickly.

He not only maintains but seeks eye contact and his face is full of character. His eyebrows, mouth, and forehead commit to visible expressions which allow people to see his ideas as well as hear them. In terms of non verbal communication, he is interesting to watch.

Moving on to his vocals, let’s look at how he speaks, and what works here.

Firstly, he speaks in short sentences and divides up his thoughts into smaller units. As a result, it is both easy to understand (often an anathema for politicians) and it is easy to keep pace with him. In fact, this is a golden rule for great communication, taking your listeners with you. When you are speaking to thousands of people, it’s wise to use short sentences and plenty of pauses to make sure that you are taking everyone on the thought journey. He does this brilliantly.

His keywords are repeated and accentuated for emphasis. He pronounces his vowels fully, with a relaxed jaw and open mouth which allows his feelings and emotions to emerge through his words, which in turn builds connection with his audience as an emotional story is being shared along with the intellectual one. This is in quite stark contrast to some recent and current female politicians (May, Clinton) who tend to be more tight jawed, and not let their emotions out as a result.

Each unit of speech has a clear intention, he speaks slowly, and with purpose. He uses intonation to hook the audience, psychologically tugging their attention to a specific point in a sentence using his voice.

He capitalises on the power of storytelling. He brings emotions and stories and concepts of protagonists, heroes and antagonists in many of his speeches, thereby using classic drama tools to hook in his audience, tugging at heart and gut as well as head and logic. This is clever, and a skill that many politicians fail to grasp. Even if the story is mildly ridiculous, stories are compelling and the more they can plug into our values or a moral through-line, the more powerful they can be. Trump has used this concept from the beginning of his political career as shown in his classic campaign one liner,  'Make America great again'. By doing this, he cleverly cast the USA as the heroic underdog -- a protagonist everyone can get behind. 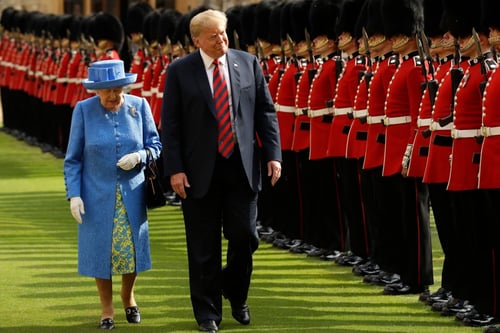 The President shows a lack of awareness of his audience. Standing in front of the Queen was not only a break in Royal etiquette but belied a pattern of thoughtlessness and lack of humility in his interactions. He chooses flattery over a real connection and bombastic phrasing over a genuinely heartfelt message. He doesn't ask questions, unlike some of his predecessors, which makes him look arrogant and unwilling to share ideas. He can charm people, but without engaging with their emotive needs, he faces problems in the workplace. The staff of The White House are often resigning, and his inner circle is rife with in-fighting, backstabbing, and general disorder. 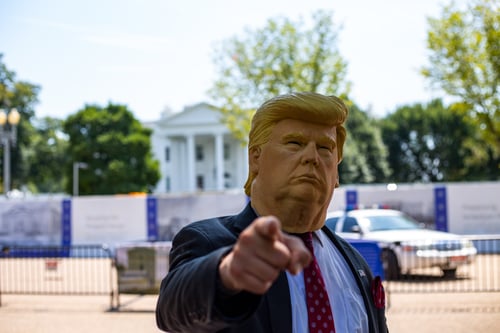 Trump’s failure to connect on an empathetic level has led to unhappiness with his premiership. His treatment of women, minorities, and immigrants gets as much of a negative platform as his strengths. The policies that affect them are considered inhumane. His leadership is often challenged, and he faces daily criticism for shutting down conversations with the press that hold him accountable. Listening is such a crucial part of effective communication, and one would strain to imagine Trump truly listening to people, either to his electorate or his staff.

He is dynamic and robust, perhaps reminiscent of a bull in a china shop. He certainly makes things happen, and yet, as with the metaphor, a china shop is about delicate craftsmanship that needs to be gently handled and appreciated. One gets the feeling that while Trump could rub along quite nicely with other bulls (sometimes) his ability to delicately hold and appreciate some dainty china, or the human equivalent, is pretty much nil. This means while he may inspire and capture the imagination, he will always struggle to truly connect and make people feel important on the inside. And as a result, his leadership will always be limited.

So what can we learn from Trump?

So leaders hear this. To lead effectively, your communication needs to be compelling but also connect with the values of your workforce.