What We Can Learn From Cinematic Wedding Speeches?

In our recent post, The Ultimate Wedding Speech Guide  we offered a wealth of valuable hints and tips around what you should and should not say and indeed do when asked to give a speech at the wedding of a friend or family member. In this post, we plan to illustrate some of these points using some well-known movie moments.

While of course, scenes from films are created to provide entertainment rather than to faithfully recreate ‘real life’, and you’d be unlikely to ever see such extremes at any wedding you attend, there is nothing quite like seeing something on screen to bring what works and what doesn’t into stark relief. 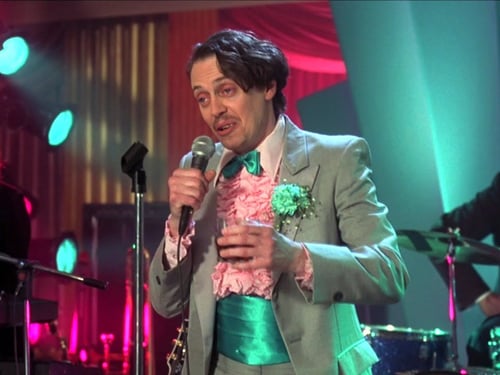 When ‘Dave’, played by Steve Buscemi, is asked to be best man at his brother’s wedding, he responds by getting drunk and giving us the perfect demonstration of how not to deliver your wedding speech.

Full of resentment and bitterness, this is the kind of speech that might be funny on film, but if it happened at your wedding, it would pretty quickly result in a family estrangement. Dave spends a good amount of time talking about himself before dropping a bombshell about something his brother definitely wasn’t planning on sharing with his wedding guests, before finishing with a demonstration of his own guitar playing prowess.

Yes, it’s an extreme example, but it demonstrates some important points.

What can we learn from Dave?

Having a 'few' drinks might feel like it's playing to the best man stereotype, but be mindful that this is the bride and groom's special day - this is no time for high jinx - save them for the stag do. Put simply, don't get drunk before you speak, 'celebrate' afterwards.

Don't make your speech about you or use the opportunity to air family grievances or differences. Passive aggression and sharing of private stories at the expense of the groom have no place in a best man speech.

Don’t bring family dynamics and complexities into your speech, “Harold has always been the dependable one, I’ve always been the screwed up one, right Dad?” – it only serves to make people feel awkward.

Run your speech past at least three people (preferably sensible ones) to make sure that there’s nothing that’s likely to come across as offensive or be misconstrued. And if you don’t think you’ll be able to say anything positive then just say ‘no.’

If all that fails, concentrate on discussing the love and beauty of marriage and leave the personal stuff out of it.

As Matron of Honour at her sister’s wedding, Rachel McAdams’ Claire Cleary is asked to make a speech congratulating the happy couple. However, what comes out of her mouth clearly wasn’t thought through!

We can only assume that “I never thought my sister would find someone who cared about what other people thought as much as she did until I met Craig,” is meant to be funny, but it comes across as unkind and leaves the audience unsure how to react. At the last minute, she manages to strike a much better note, closing with: “someone once told me that true love is the soul's recognition of its counterpoint in another. And I think that that's a very rare thing in this world. And I think it's something to be valued. And I'm just really happy that my big sister's found it.”

And at least she delivers the whole thing with a sweet smile that helps her connect with her audience.

What can we learn from Claire?

Plan your speech well – don’t be tempted to add things on the fly as you never quite know how they’ll come out.

Thoughtful quotes always go down well in a wedding speech, especially if you are able to give them a personal touch.

Think about your audience, use facial expressions, eye contact and open body language to connect with them and don’t forget to direct heartfelt words to the bride and groom by turning to them at the appropriate moments.

If you really want to inject a touch of humour into your speech, make sure it’s not at the expense of your loved ones. Be careful not to pick on character flaws that might touch a nerve. Commenting on something safe such as a love of shopping or charming clumsiness may be wiser and is likely to be better received by your audience. 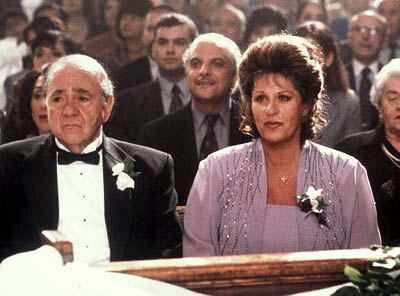 Speaking in his non-native tongue, Father of the Bride, Gus Portokalos played by Michael Constantine, would have been forgiven for keeping it simple and just saying congratulations to the bride and groom, but after a moving journey up to the moment of the marriage, a poignant few words certainly seemed appropriate.

His speech may have been short, but it was perfectly formed:

What can we learn from Gus?

Your Father of the Bride speech doesn’t need to be long to be memorable. It is the meaning behind the message that matters most.

Your speech should be one of love, acceptance and welcoming the groom and his family into your family.

If your two families are particularly different, it might seem tricky to find a point of similarity but looking for cultural meeting points can give you a clue as to where to focus your speech.

Gus’ speech is highly individual which made it memorable in and of itself. Try to add something of your own unique personality to your speech.

The most important thing as the Father of the Bride is to be authentic and speak from the heart. Don’t try to be humorous but concentrate on delivering a speech that is memorable because of its highly personal message. 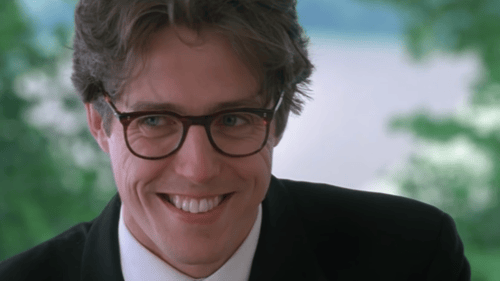 Four Weddings and a Funeral

A blog post about wedding speeches would not be complete without a nod to Four Weddings and a Funeral. What better way to finish than with the self-deprecating humour of a certain Hugh Grant?

As bumbling but charming Charles, Grant makes a hilarious speech in celebration of the wedding of his friend Angus. And while we have to admit the delivery is first class, he does break a fair few rules when it comes to wedding speeches. He talks about himself, mentions divorce and teases the groom with the idea that he’s going to tell a story that he wouldn’t want shared.

What can we learn from Charles?

While the speech may be funny and have the audience laughing out loud, the first two thirds of it are about him. Sort of like a stand-up routine: delivered in typical Grant panache, this may work for the purposes of a film, but at a real wedding it would likely garner confusion. Not least because of the deadpan monotone delivery. If you are expecting the audience to feel comfortable laughing, it is usually a good idea to give them an indication that is your intention.

The subject matter of Charles’ speech is not a recommended choice. Divorce ought not to be mentioned in any wedding speech. It simply goes against the grain.

When the audience is worried about what the best man might say, they become nervous and uncomfortable and unable to fully enjoy the experience. Comments such as, ‘Our current groom doesn’t have skeletons in the closet... or does he…’ leaves the room nervous and unsure of what’s coming next

Try to avoid being egocentric and focusing on you. Even when Charles finally talks about the bride and groom, he still manages to bring it around to himself. He also injects a subtle negative using the phrases ‘I can’t imagine’, ‘I could never’. Try to remain upbeat, positive and make sure the focus is on the happy couple. And do everything you can to put the audience at ease. 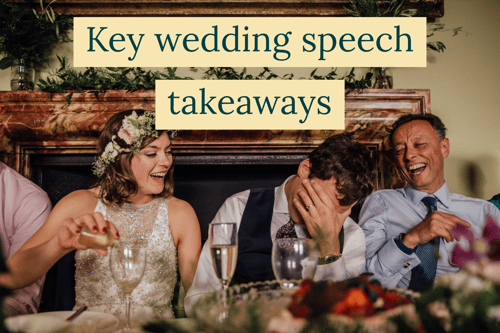 These are but brief excerpts, but they give a flavour of the different styles of speech that are possible and those that ought definitely to be avoided! Most of them feature at least some elements that worked well -  memorable moments and thoughtfully chosen words.

Be authentic, speak from the heart and remember that a wedding should be about love, joy and the celebration of two special people. And most of all, don’t forget that it is an absolute honour to be asked to speak and you should treat it with the respect and gravitas that the occasion deserves.

If you’re due to make a speech at an upcoming wedding, or want some personalised public speaking tools, why not contact us to Book a Taster Session so we can help you craft that perfect speech and give you all the tips you need to deliver it perfectly.

Want to take your wedding speech from polite applause to standing ovation?

Get our free Presentation skills eBook and improve your public speaking skills with these 5 simple tools.

Deliver a speech that provokes laughter and tears

Our 3-session Wedding Speech coaching package will help you to shape and structure an engaging and emotional speech, deliver it powerfully and overcome speaking nerves and fear on the day, even if you've never given a speech before.