Empower Your Speech By Using Vowels

The delivery of what you say can make all the difference in how your audience remembers you - for both the right and wrong reasons!

Remember that lacklustre speech you endured that almost sent you sleep? Believe it or not, it could have all been down to the vowels...

Release the full potential of what you say

Words are packed with meaning. They are little bundles of sounds that help us to transmit the subtleties of our ideas, thoughts and feelings to others. They have the potential to be incredibly powerful tools if used correctly.

As with most things, if not used correctly they can be pretty redundant.

It’s important to get the right attitude to words themselves – looking at how to engage with the vowels and how to articulate the consonants so that you can release the full potential of the word.

Shakespeare: a composer of human emotions 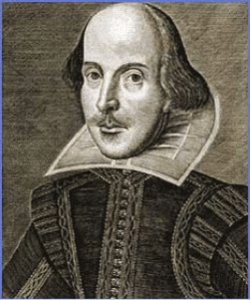 Of the many writers who have explored this concept, Shakespeare understood and demonstrated it brilliantly. He was a composer of human emotions, creating great emotional symphonies in his plays.

Yet his instruments were not limited to words, storylines and characters; they were also sounds.

If there are harsh consonants in the speech of a particular character, that will tell you something of their state of mind. If they have long vowels and soft consonants, it will imply they are in a calmer, softer place.

Did you know that Hamlet says 'oh' more times than any other character written by Shakespeare? ‘Oh’—if you really engage with it, if you say it till your breath runs out, can be like a long drawn out cry from the soul. Say it to yourself now, slowly over about 3 seconds (notice the same sound is in slowly too) and see if you feel anything.

“Oh what a rogue and peasant slave am I”

This is Hamlet’s famous line from his soliloquy—it is filled with long vowels in ‘oh’, ‘rogue’, ‘slave’, ‘I’, meaning that it is packed with emotion. Long vowels provide opportunity for more emotion, as you will see as we learn more about vowels.

The crisp T and P of 'peasant' show a self-disgust, while the long vowels show a kind of mawkish despair, an emotional self-pity. Finally the ‘oh ‘and ‘I’ bookend his pain with open vowels, with no consonants to contain the emotion spilling out from this line.

If you read a Shakespeare play or monologue with an awareness of the sounds used, engaging with the length of the vowels and the softness or hardness of the consonants, you can find yourself taken on the emotional journey that Shakespeare carved out for you all those centuries ago.

Vowels are a space to put feelings

So much of good communication in English is about the vowels. This is because vowels offer a space and time to fill with expression.

This may seem quite a bizarre thought, but think about it. Emotions have to be shared through something: partly through your body language and partly through the words that you choose and the remainder is through the sounds you make and how you say it.

Emotions are shared considerably through vowels, mainly because they are all made with an open mouth. As such, the sounds have the advantage of taking some time and coming from inside of you.

Consonants, on the other hand, are a fleeting moment of contact between two parts of your mouth, so literally don’t provide the time to share emotions.

How babies use vowels 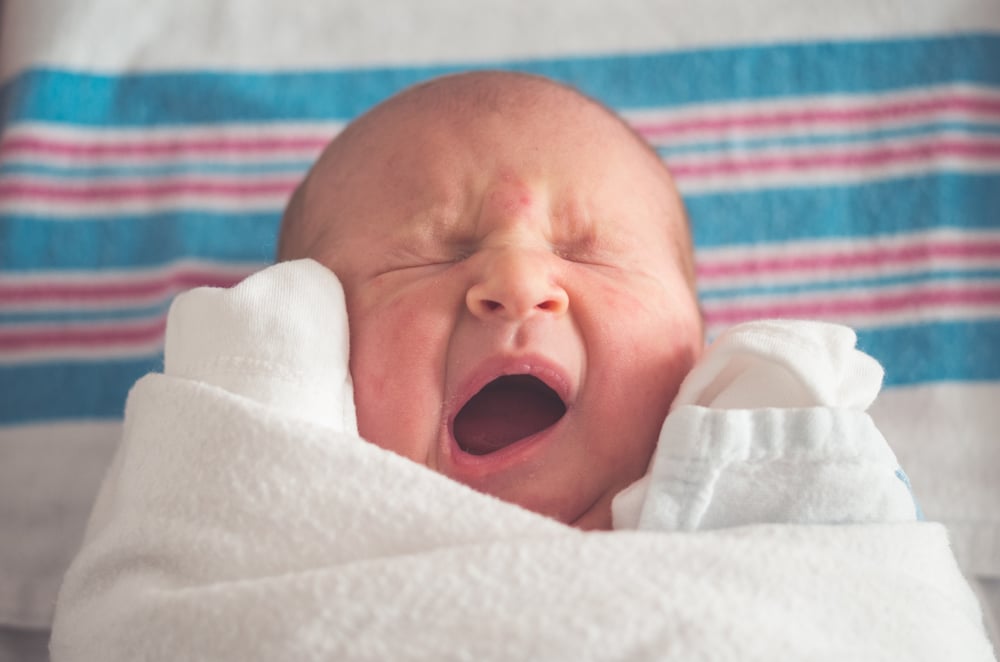 Think of a baby. When they are born, they only make vowel sounds, in an array of cries which often only their mother can distinguish.

The sounds they make come straight from inside and they are, by nature of being babies, pure emotion. There is no thought or analysis that goes on, it’s just simple needs, emotions and appetites, straight from the gut.

Then as they grow and learn to form words, they learn to use consonants to contain that emotion.

That’s why a word can be so powerful: it is a synthesis of control and efficiency, emotion and feeling.

Making vowel sounds involves shifting the position of the tongue and the shape of the mouth in order to shape the sound. But essentially, all vowels are made with an open mouth, and if we don’t open our mouths when we speak, then it’s very difficult to let out any emotion.

If we hold our feelings in, not expressing them by making our vowels short, monotonous or keeping our mouths closed, then our feelings are either forced to come out elsewhere, through gesture and body language, or are suppressed.

To divert emotion through body language rather than expressing it through vowels is quite common with non-native speakers, who have a lot of energy but don’t know how to channel it effectively through their speech, so it comes out through strong gestures. When we work with these clients on redirecting their energy into their vowels, their spoken communication is transformed.

Pushing down emotion is more endemic in native English speakers, and can be connected to the clichéd English characteristic of a stiff upper lip. If you're a non-native speaker looking to speak more authentically in English, read our blog on Accent Softening: Let's Talk About Vowels.

However, if we don’t use our vowels effectively to release our emotions in our speech, then we can struggle to connect. It can also be unhealthy as there is no emotional outlet.

Try it for yourself

Say "I am so angry right now, I am in a total rage!" with all the energy you can muster, but with your teeth clenched firmly together. Great.

Now try saying it, with your mouth open. Can you notice the difference in feeling?

The first is like you are stuck, unable to release your emotions and the second is like an outpouring of emotion.

This link between vowels and feeling shows us that how we express ourselves in the world is linked to how we feel. And this is not just psychological but physiological, too.

You might find that by doing things, such as opening your mouth more when you speak, you feel different, perhaps vulnerable or exposed, or as though you are stepping out of your comfort zone and allowing yourself to be seen in a way you haven’t been seen before. 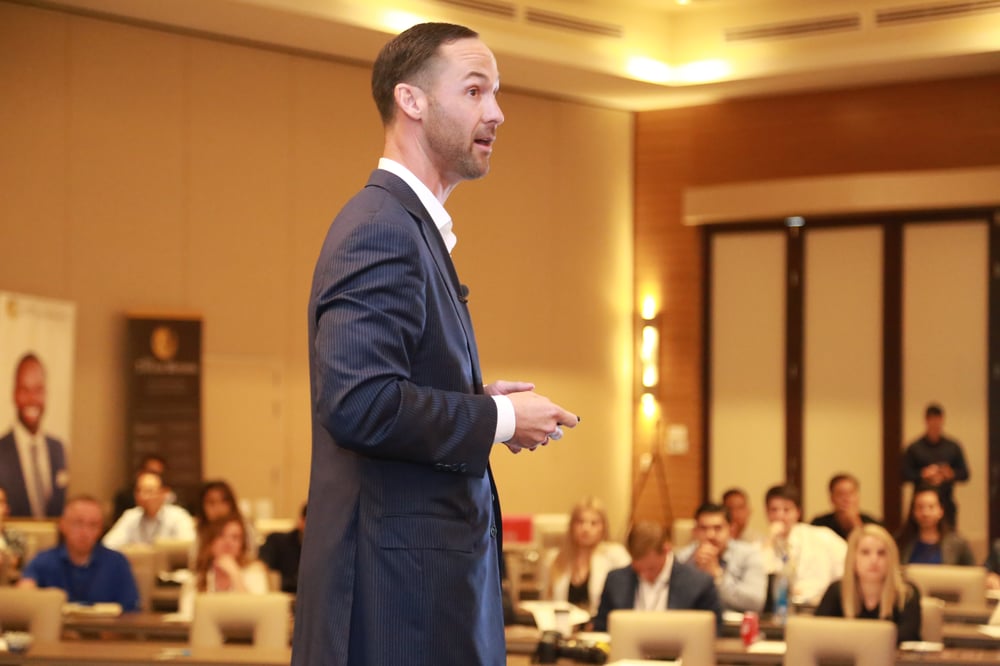 I once had a client who came to me wanting to be rid of faint tones of a Swiss accent audible through his almost perfect English. He spoke three languages, was highly intelligent and articulate and barely opened his mouth when he spoke. He came wanting Accent Softening, but soon found himself in the pithy world of Effective Communication.

In an early session, I was working with him to use his vowels and I told him they were, in essence, the soul of the word. When he listened to a recording of his own speech, he realised how little he opened his mouth, and said one of the most eloquent statements about vowels I've heard.

He said the whole of his life he had been incarcerating his vowels in the words. As if he had locked their souls behind bars.

If we don't properly use the sounds of the words, we risk incarcerating their meaning.

This is because vowels are not just ‘parts of words’. They are the key to releasing the meaning and emotion behind everything you say, and are therefore of high importance when communicating.

Explore your vowels by opening your mouth a little wider next time you are speaking. Observe the impact it has on you and your listener.

Likewise, lengthen your vowels slightly, and notice whether a drawn out phrase commands the attention of your conversation partner.

Want more help on effective communication? We help individuals who are finding it hard to add that extra emotive impact to their professional oration or encountering difficulty displaying the passion and energy behind their words on an everyday basis. Find out more about how we can help you: